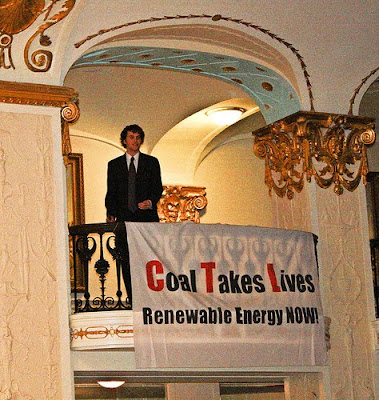 Washington, DC. – Local activists with DC Rising Tide and their allies interrupted a coal industry conference today to denounce coal-to-liquids as a corporate scam that would continue the destructive path of the fossil fuel industry.

“ We have had enough of corporations trying to keep us hooked on polluting fossil fuels. They seek to profit from climate change and the destruction of Appalachia.” said Amanda Duzak of Rising Tide.

Activists stood in the audience and loudly presented speeches to refute the statements of coal and oil executives from Chevron, World Coal Institute, World Petroleum Council and Consol Energy. The advocates of clean energy called for an end to the use of fossil fuels and for adoption of clean, renewable, community-based energy sources. Protesters deployed banners in the conference to highlight that “Coal kills” and “Coal takes lives” and we need “Renewable energy now.”

“Pound for pound coal produces more CO2 than almost any other form of energy production. If we’re serious about tackling climate change, we absolutely must stop mining and burning coal. Coal to liquids technology is a step in the wrong direction for our air, water and climate.” said Michael Weber of Rising Tide

The activists explained that even if the unproven, expensive, and dangerous carbon capture and storage techniques were in place, coal-to-liquids technology, which would convert coal to oil for transportation, would generate twice as much greenhouse gas emissions as oil. It would also lead to an increase in coal mining that destroys rivers and mountains and threatens community health.

“Its time to stop investing in false solutions. We are facing a climate crisis. It is time to stand up and fight for a sustainable future.” said Emma Cassidy of DC Rising Tide. 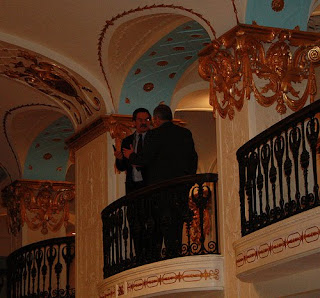 activist escorted out after interrupting the conference 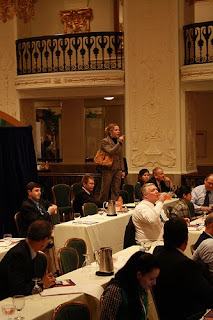 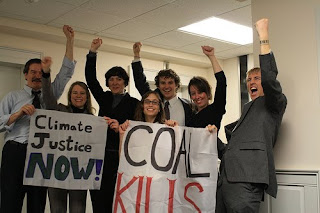 activists post action. all activists were asked to leave the conference, but no arrests were made.