Rising Tide to Army Corps of Engineers: End the War on Appalachia!

Dozens of Rising Tide activists converged this morning on the D.C. the Army Corps of Engineers Headquarters as part of the Appalachia Rising Mobilization to End Mountaintop Removal in Washington D.C. 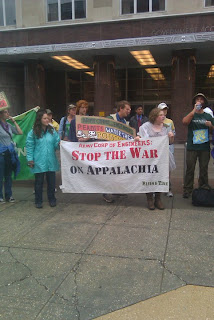 Following an office occupation during which 9 protesters were forcibly removed, the rally circled the building. Two Kentucky coal field residents gained an audience with officials from the Army Corps of Engineers. And the day has just begun! 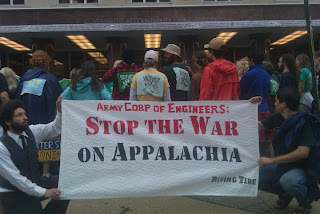