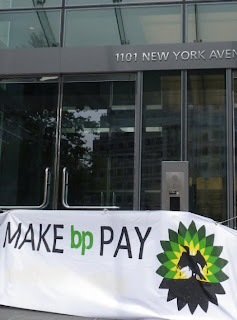 "BP is guilty of poisoning the Gulf and its communities. It is time for justice," said one of the activists. "The extraction of fossil fuels is killing communities and our planet. It must end," added another.
Posted by dc rising tide at 5:05 PM